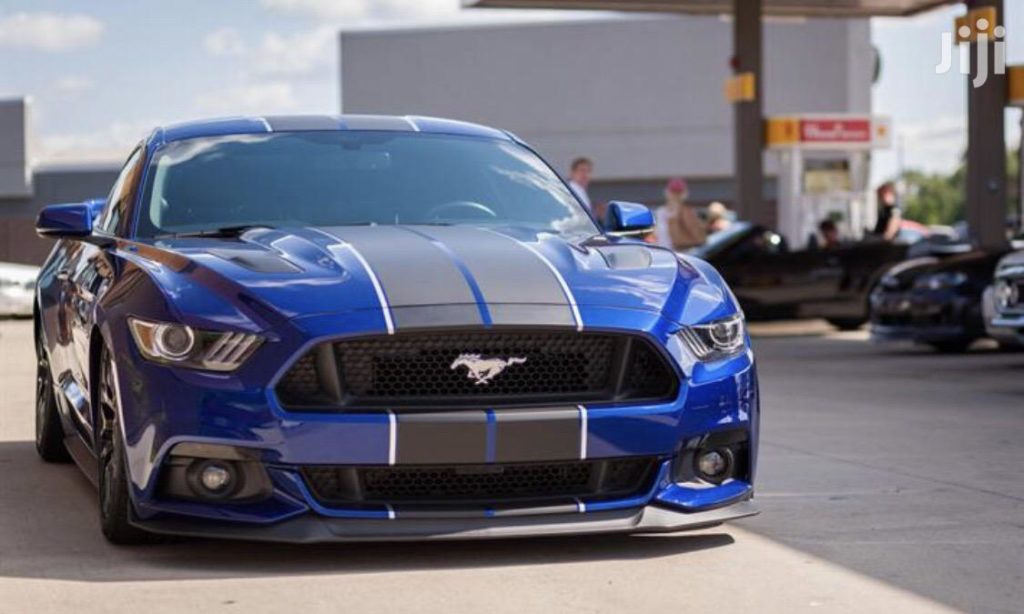 The Ford Mustang is one of the most popular American sports cars manufactured by Ford Motor company as early as 1964 and first appeared in public on April 17 during the New York World’s Fair in 1964. The Ford Mustang has different fancy-looking body styles including convertible version, fastback & coupe-style all ready to get heads turning where ever you drive to. The Ford Mustang might look like a racing car but have no doubts that it can also be driven on casual occasions including weddings. If you are planning to shoot a music video, film or take eye-catching pictures for a magazine or ad, then the flashy Ford Mustang will do the job.

You can hire a Ford Mustang in Kampala Uganda today by simply sending us an email to info@ugandacarrentalservices.com or call us now on +256-700135510 to speak with the reservations team.