The exercise of inspecting all vehicles in Uganda has been reinstated this November starting 28th on Monday. This exercise has been off the transport management office for over two decades after it was stopped by the Uganda traffic police inspection unit.

The Société Générale de Surveillance (SGS) an inspection company from Switzerland has won the contract of inspecting all the vehicles in the country. The company has had a strong reputation in over 18000 countries around the world inspecting various goods that are imported in various countries. The company has well equipped machines that will do a mobile inspection on different highways of the country.

The secretary for National Road Safety council Ronald Amanyire addressed some of the road users especially the taxi commuters about the ongoing inspection.

Points to look out during the inspection

In case your cars falls under any of the above, you  are allowed a chance to  rectify all the faults and then come and pick your inspection certificate to  confirm that your car is worth to  be on the road.

This inspection has mainly come up after so many cars have been fabricated in local garages in several parts of the country, even some being imported in the country illegally. Ronald thanked the government over this move, as it will help on sieving out all DMCs off the road and promote perfect road safety. 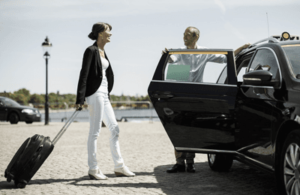 5 Things To Look Out For When Using Chauffeur Services